In addition, itk::Image::GetPixel performs better, as do operations on the itk::VariableLengthVector class. Plus, Python wrapping builds faster with a more standard installation.

The 4.9 release makes it possible to build an ITK module outside the source tree. The release also enables adding continuous integration testing on GitHub, as well as Python wrapping for C++ algorithms. In other news, ITK now generates a FlatStructuringElement from an image. ITK also completes point set registration with time-varying B-splines and specifies module dependencies as public / private / compile / test .

On behalf of the ITK community, congratulations and thank you to everyone who contributed to the release. For more information and to download the release, please visit http://itk.org/ITK/resources/software.html. 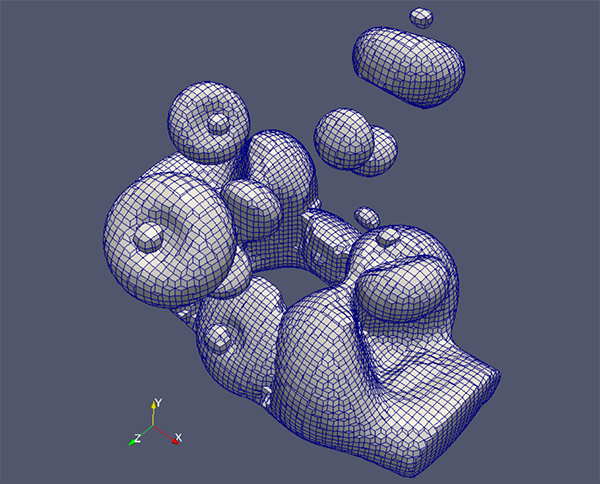 A cuberille filter generates meshes based on images, as described in “Cuberille Implicit Surface Polygonization for ITK” on http://hdl.handle.net/10380/3186. (Insight Journal/Dan Mueller)

Rendering Engine
ParaView has a brand-new backend that implements the redesigned rendering engine of the Visualization Toolkit (VTK). The rewrite of the engine began in 2014 with the aim of adopting modern OpenGL application program interfaces (APIs) and design patterns. Targeted for modern graphics processing units (GPUs), the new engine has almost all of the capabilities of the old engine, along with significant performance improvements for both polygonal and volumetric rendering. Binaries distributed on ParaView’s website have VTK’s new rendering engine enabled.

3D Slicer 4.5 supports basic and applied medical imaging research. 3D Slicer is an industry-leading software application for visualizing and processing medical images from a multitude of medical devices. Researchers use it to correlate the shape of structures in magnetic resonance imaging (MRI) scans of brains with the risk of schizophrenia, as well as to measure cardiac function from computed tomography (CT). 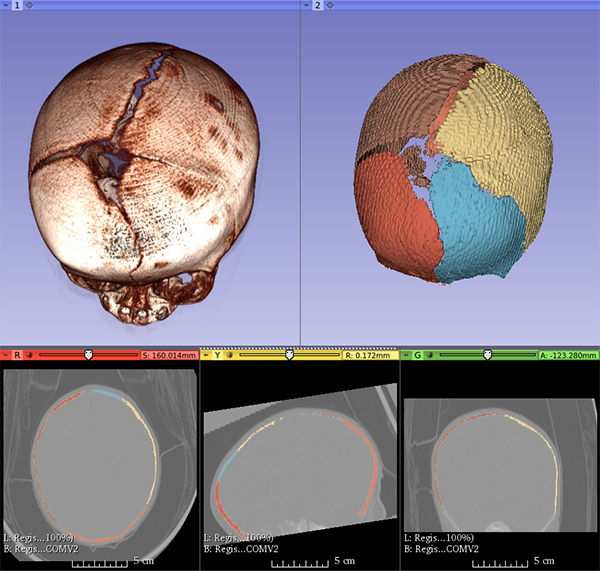 A customized version of 3D Slicer, which is part of a surgical planning system to enable optimal cranial remodeling in children with craniosynostosis, generates a multi-level segmentation of a child’s skull bones.

One of the many strengths of 3D Slicer is its extensible, open-source foundation. The 4.5 release offers over 60 extensions and 150 feature improvements, in addition to performance and stability advancements. A community of over 160 researchers from around the world provide the extensions for free academic and commercial use. These extensions enable 3D Slicer to import numerous new kinds of medical images and to make precise measurements of a variety of anatomic structures and pathologies. One extension, for example, computes biomarkers for lung disease from CT images.

The 4.5 release tightens the integration between 3D Slicer and the Insight Segmentation and Registration Toolkit (ITK). It also takes advantage of recent developments in the Visualization Toolkit (VTK). These toolkits, like 3D Slicer, contain best-in-class scientific methods and employ the high-quality software practices of Kitware, based on CMake, for building and distributing stable applications on Windows, Linux, and Mac OS platforms.
For a full set of features of 3D Slicer 4.5, please visit the Wiki page of 3D Slicer. To learn more about 3D Slicer and its applications in medical imaging, please visit http://www.slicer.org.

Several new capabilities added to CMake in version 3.4 involve commands. The if() command, for example, knows a new TEST operator that evaluates to true if the add_test() command defines a given test name. Also notable, the DESTINATION option for install(DIRECTORY) and install(FILES) commands knows to support generator expressions.

Version 1.4 also simplifies the Grunt build process, thanks to refactored Grunt tasks. The release refactors the OAuth plug-in too, making it possible to support new providers such as GitHub and to enable a subset of providers with less effort.

Furthermore, Girder now features a system setting for the creation of default Public and Private folders for new users. Also new, the Girder python client instantiates GirderClient with a full URL rather than requiring users to specify the URL in parts. Additionally, an added Representational State Transfer (REST) endpoint deletes the contents of a folder without deleting the folder itself.

Girder is a free, open-source, Web-based data management platform that is part of Resonant data and analytics ecosystem. To learn more about Girder, please visit http://resonant.kitware.com. 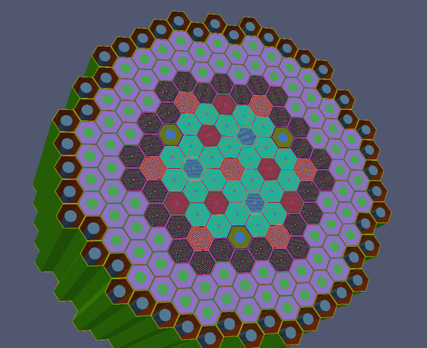