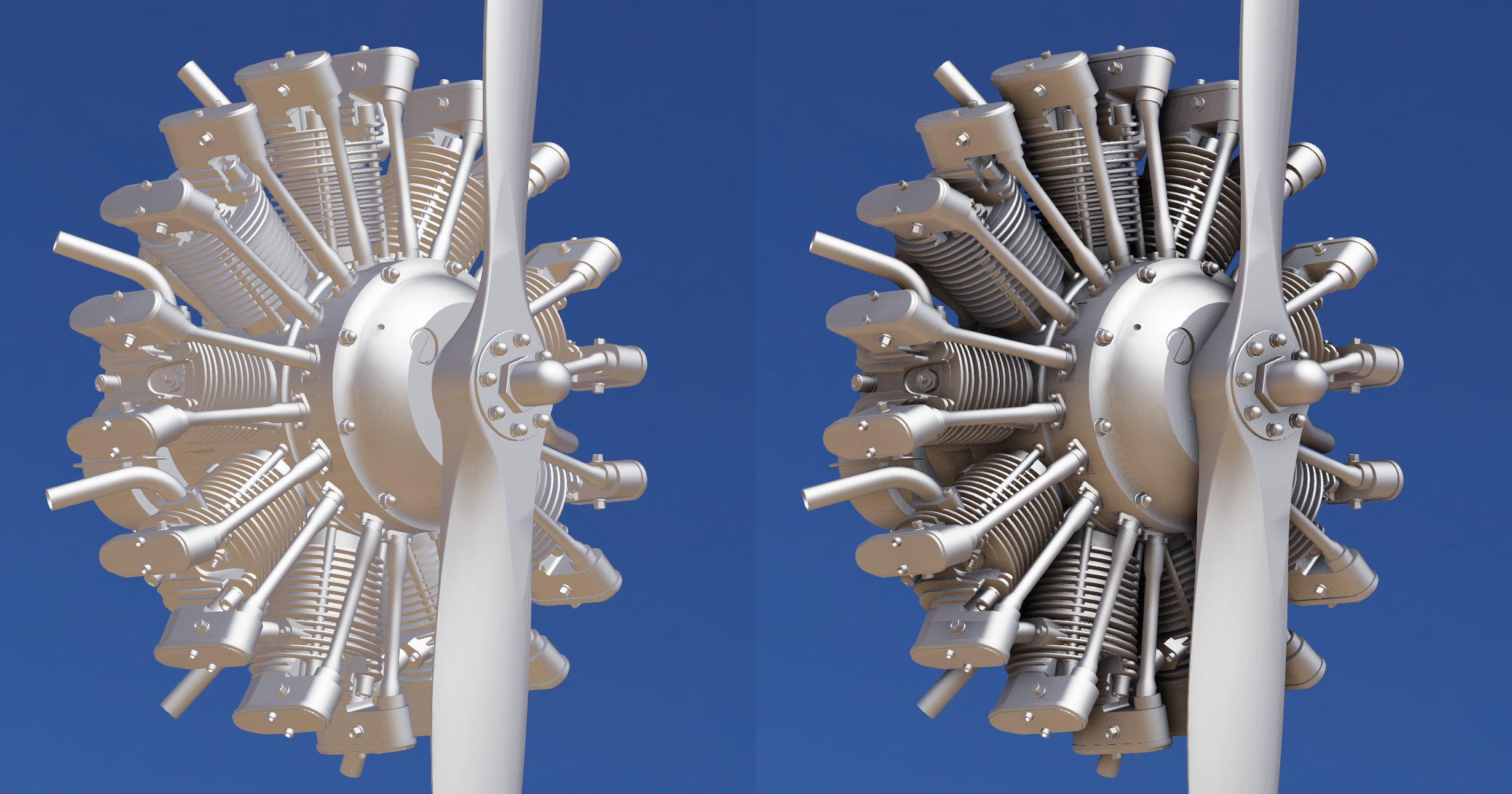 This summer we introduced Screen-Space Ambient Occlusion in VTK 9.0. We are happy to announce that SSAO will be available in ParaView 5.9.0 ! It can already be tested using ParaView 5.9.0-RC2.

Used in pair with the PBR shader introduced last year and the support of High Dynamic Range Image Based Lighting, this is an important step towards an improvement of the rendering in VTK and ParaView.

Ambient occlusion enhances our depth perception by computing local light occlusion caused by surrounding geometry. Regions with a high density of holes, creases and concave surfaces will darken after an ambient occlusion step, as illustrated in the image below.

The exact calculations can be very expensive, so we implemented an approximated screen space version. The input of a screen space algorithm is only pixels, so only visible geometry will participate in the occlusion.

SSAO can be configured by several parameters under the Edit .. Settings .. Render View panel :

By default, the value of radius and bias are automatically calculated depending on the bounding box of the geometry. Uncheck “Use Default Presets” checkbox to select manually these two parameters.