arrived to our Kitware Clifton Park offices on Monday: 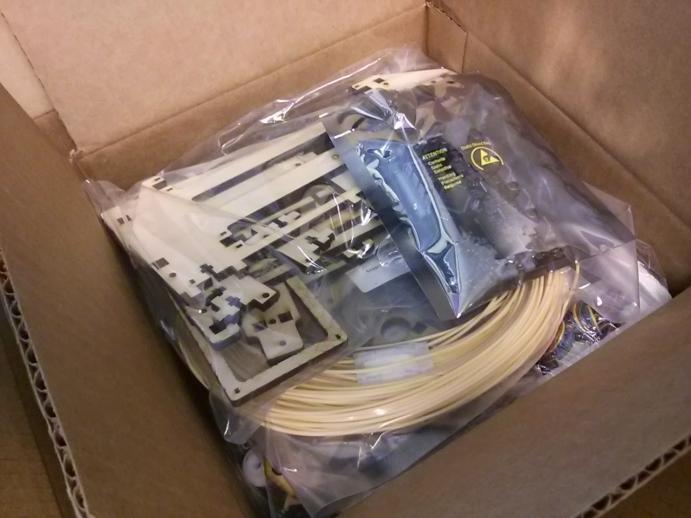 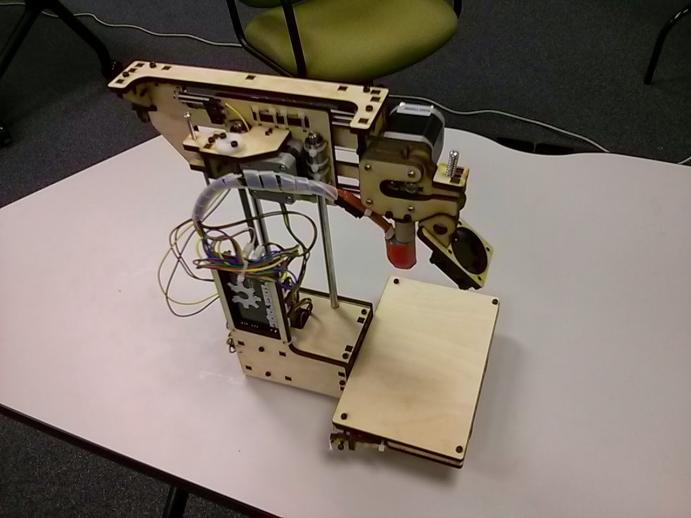 Yes, that Open Gear Symbol on the board, means that it is Open Hardware.

The instructions said that it would take one person about four hours to assemble it.

But for our brave, software-minded, Kitwareans it took only seven hours of three Ph.D.s and two R&D engineers to do it.

Why did we go through the troubles of building one, if one can order it already assembled?

Here is how our team of 3D Kitwareans assembled a PrintrBot 3D Printer in a glorious November afternoon,

No fingers nor human limbs were lost in the process.

(…and no:  sticking your fingers with superglue does not count as a workplace accident…).

Execution was (mostly) flawless, and only one bolt was missing at the end (…as far as we know…)

This completed the set up of the hardware part…

Now it is time to go back to the Starting Guide and read Chapter 4: Install Software…

2 comments to The 3D Printer Arrived !