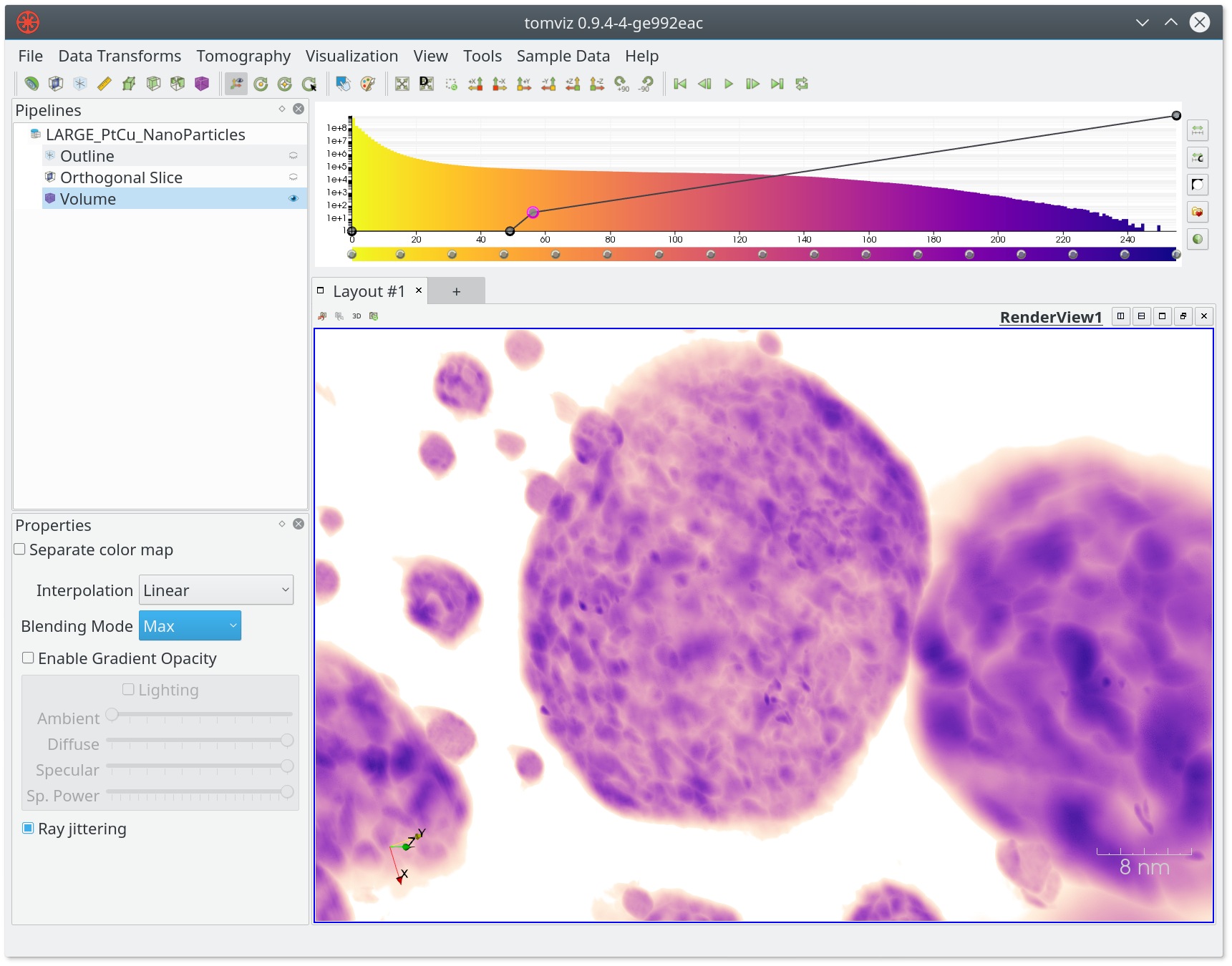 We are very pleased to announce the release of Tomviz 0.9.4 (article on Opensource.com with some background). This release features improvements to volume and contour rendering. The support for retinal resolution on macOS has been been further improved, and antialiasing support for the main histogram has been enabled. The pipeline has seen a number of usability improvements, initial support for exporting analyzed data to a web page was added, and we have integrated a number of updated icons. We have made a number of improvements to the manual slice alignment dialog, and introduced measurement cubes along with visual elements for scale in the overlay. 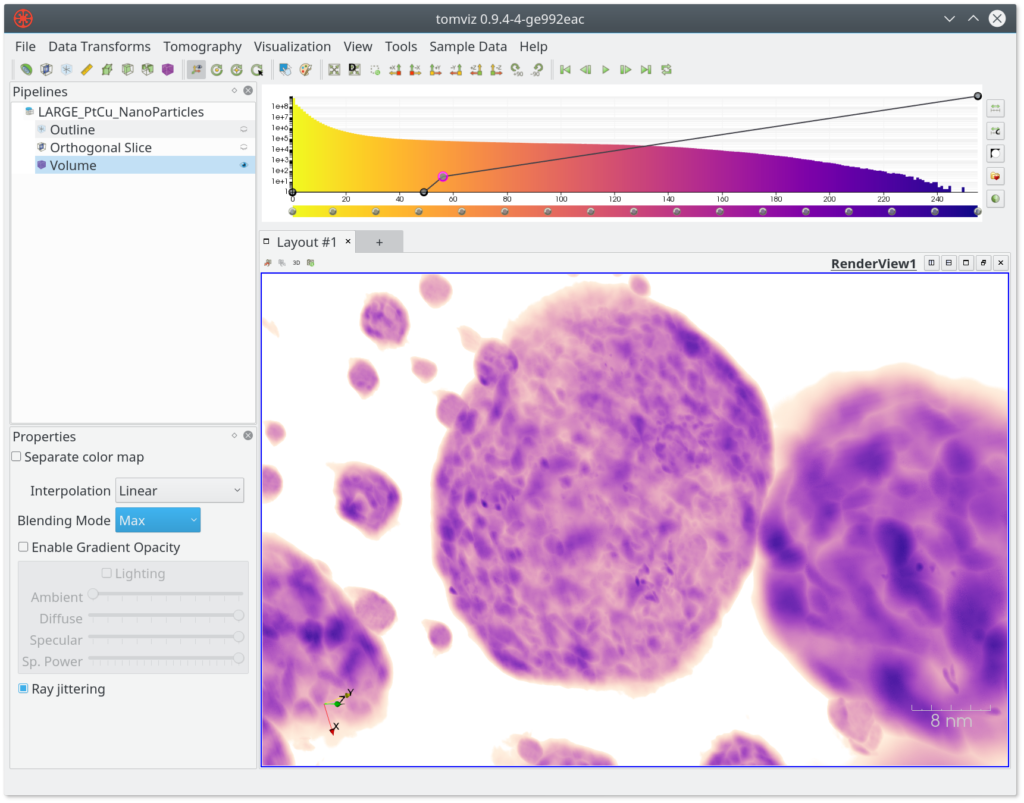 We hope you find this release useful, and we value any input you might provide as we push towards the release of Tomviz 1.0! The screenshot above shows the latest version of our user interface, featuring some advanced volume rendering options (with more in the pipeline), updated icons, and more.