VTK’s Participation in Google Summer of Code: Past and Future

Kitware is pleased to announce that the Visualization Toolkit (VTK) has been accepted to participate in Google Summer of Code (GSoC) 2014. This is VTK’s second acceptance to the program, which fosters student participation in open-source communities.

Out of 371 applications, 190 open-source projects were selected to be a part of GSoC 2014. Students apply to the program by selecting from the accepted open-source projects and submitting proposals based on community-driven project ideas. The program not only gives students the opportunity to work on real-world software projects with mentors in the field, but it introduces the mentoring organizations to talented new developers.

Kitware looks forward to another productive and rewarding experience this summer after the success of GSoC 2011. For VTK’s participation in GSoC 2011, Tharindu De Silva’s proposal “Implement Select Algorithms from IEEE VisWeek 2010 in VTK” and David Lonie’s proposal “Chemistry Visualization” were selected.  De Silva focused on implementing a selection of the most popular algorithms from IEEE VisWeek 2010 in VTK. Lonie improved support for rendering standard molecule representations. The following year, Lonie was hired as an R&D engineer in Kitware’s Scientific Computing team.

“I am really looking forward to welcoming new contributors to VTK and seeing what they accomplish over the summer,” Marcus D. Hanwell, a Technical Leader at Kitware who served as an organization administrator and mentor for GSoC 2011, said. “We will be working with them on code that is open, reviewed, tested, and reproducible. Their contributions have the potential to impact a large array of scientific and medical domains by helping scientists, engineers, and others make sense of their data. We are very excited to take part in the tenth year of Google Summer of Code.”

Student registration for GSoC 2014 begins on March 10, 2014, at 7 p.m. UTC. More information regarding VTK’s participation in the program can be found on http://www.google-melange.com/gsoc/org2/google/gsoc2014/vtk, and students can explore proposed projects on the VTK GSoC 2014 Wiki page: http://www.vtk.org/Wiki/VTK/GSoC_2014. Example project ideas include Supporting a Visualization Grammar, Biocomputing In Situ Visualization, and Improving Hardware Volume Rendering Support in VTK. Students are also encouraged to add their own project ideas. 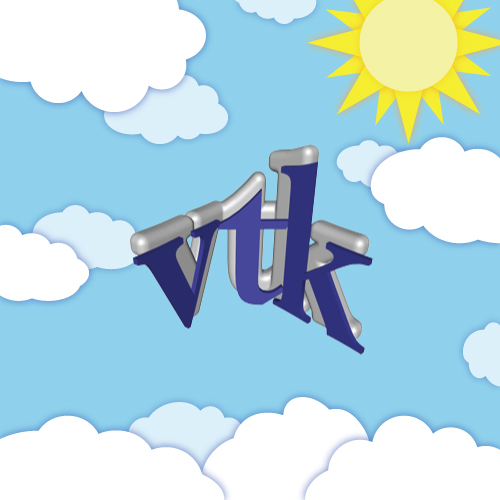