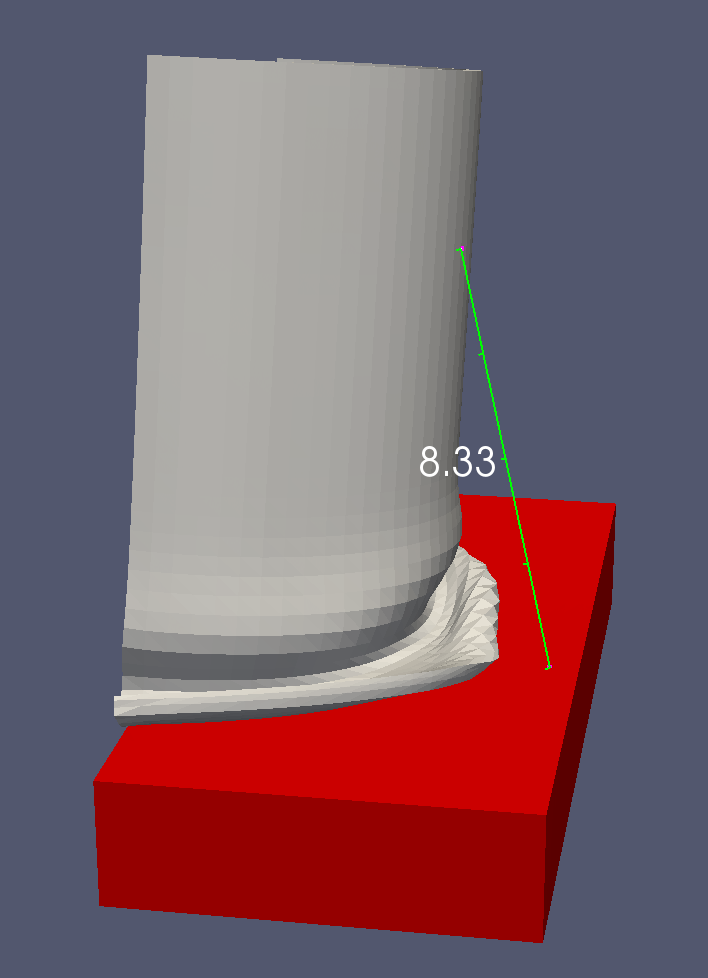 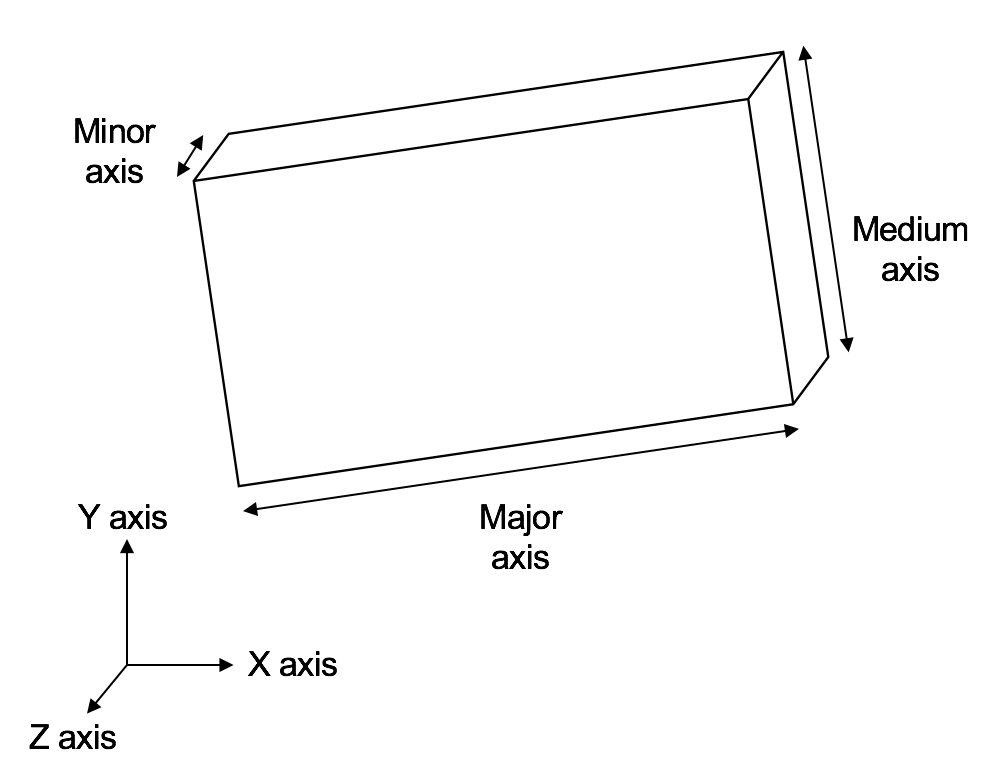 These new axes can be useful in cases where you want to measure an object that is not oriented along the standard Cartesian X, Y, and Z axes. For example, set the Axis property to “Oriented Bounding Box Major Axis” to measure the length of an arbitrarily oriented cylindrical data set as demonstrated below (the red cube that the cylinder passes through is aligned with the Cartesian axes to show the orientation of the cylinder). 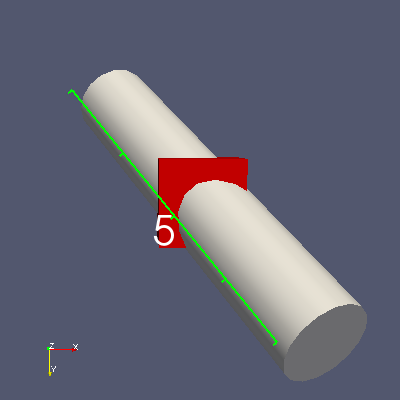 As another example, one can use ParaView’s selection capabilities and the Extract Selection filter to extract two points of interest. Applying the Bounding Ruler filter with the Axis property set to “Oriented Bounding Box Major Axis” to measure the distance between these points. This measurement will automatically update if the points move over time. 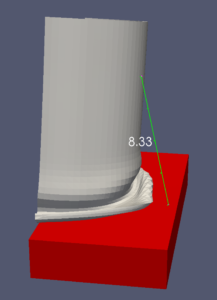 One caveat to these new options is that all the points in a data set need to be copied to a single rank to compute the oriented bounding box. When used with a data set distributed over ranks in a parallel pvserver, this may be slow or lead to memory exhaustion if the data set does not fit onto one rank.

The work was funded by Sandia National Laboratories. For design discussion that led to this implementation, please see the feature request here.