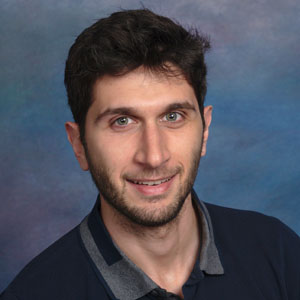 Alessandro joined Kitware in April 2018 as a research and development engineer. He develops open source tools for the Open Chemistry project.

Alessandro received his master’s in chemistry from the University of Milan-Bicocca in Italy and carried out thesis work at Leiden University in the Netherlands. He later moved to the U.S., where he completed a doctoral degree in quantum chemistry at Rutgers University under the supervision of Professor Michele Pavanello. During his doctoral studies, Alessandro focused on the development of simulation methods in the open source Quantum Espresso package.

Aside from his research, Alessandro has been involved in several projects in web and mobile technologies, which mostly revolve around his passion for tennis.