ParaView has a number of great filters for generating visualizations of 3D vector fields. This post describes a recipe I learned from Russell M Taylor II at UNC’s Department of Computer Science. The recipe combines several of ParaView’s filters to produce curved arrow glyphs that are laid end-to-end at a good density in the image, resulting in improved perception of the vector field. The technique is inspired by the 2D vector field visualizaton technique Turk and Banks presented in their Image-Guided Streamline Placement paper at SIGGRAPH 1996.

This recipe can be used to generate images like this: 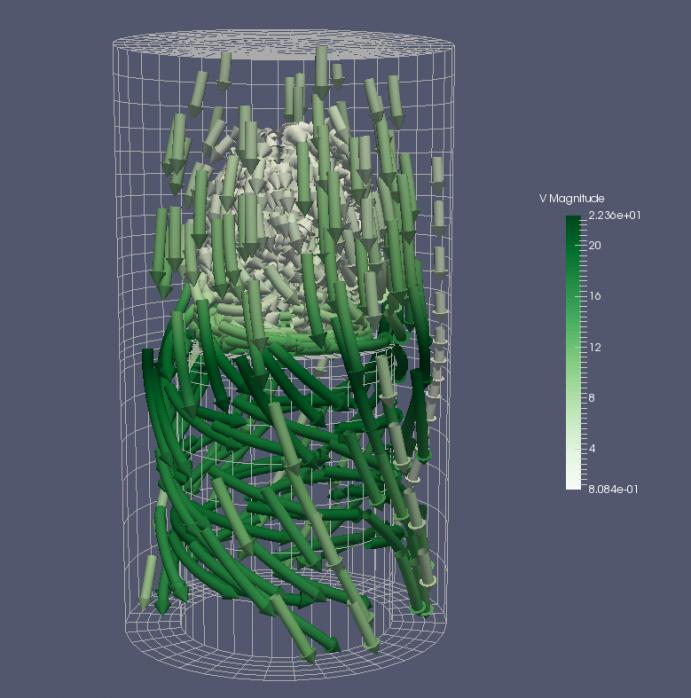 Compared to the image below created with the standard Glyph filter, the curvedness of the glyphs and their end-to-end alignment in the image above makes it much easier to visually trace along the vector field. 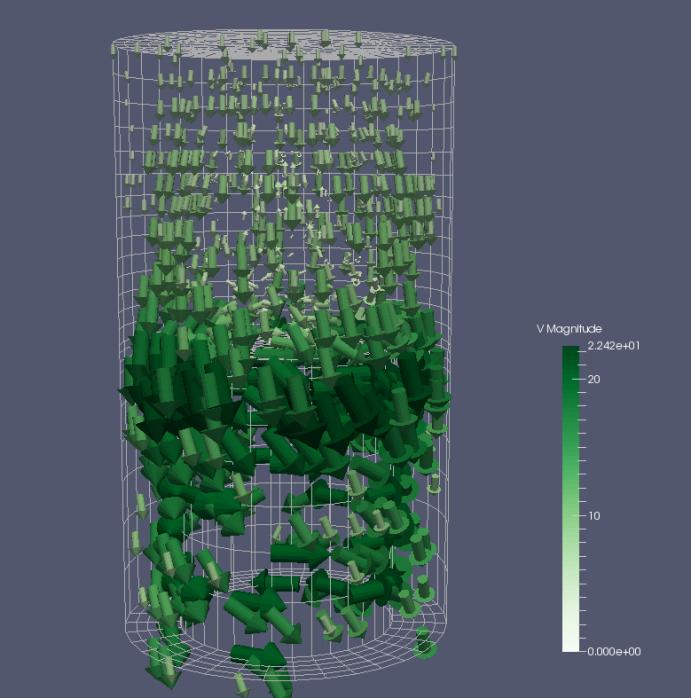 The end result should be an image similar to the top image above.

Note that there are a couple of limitations to this technique. If the tube segments are very short, the cones at the tips may overlap because their lengths are not changed. Variations of this technique could deal with this by changing the Contour filter in Step 4 to an array that gives the length of the streamline generated in Step 3, but then density would no longer correspond to vector magnitude.

The ParaView state file for the example shown here is attached CurvedGlyphs.pvsm. Note that the state file has an extension of “.txt” to work around security restrictions in WordPress. Please remove this extension after download. The state file requires the disk_out_ref.ex2 data file available here.