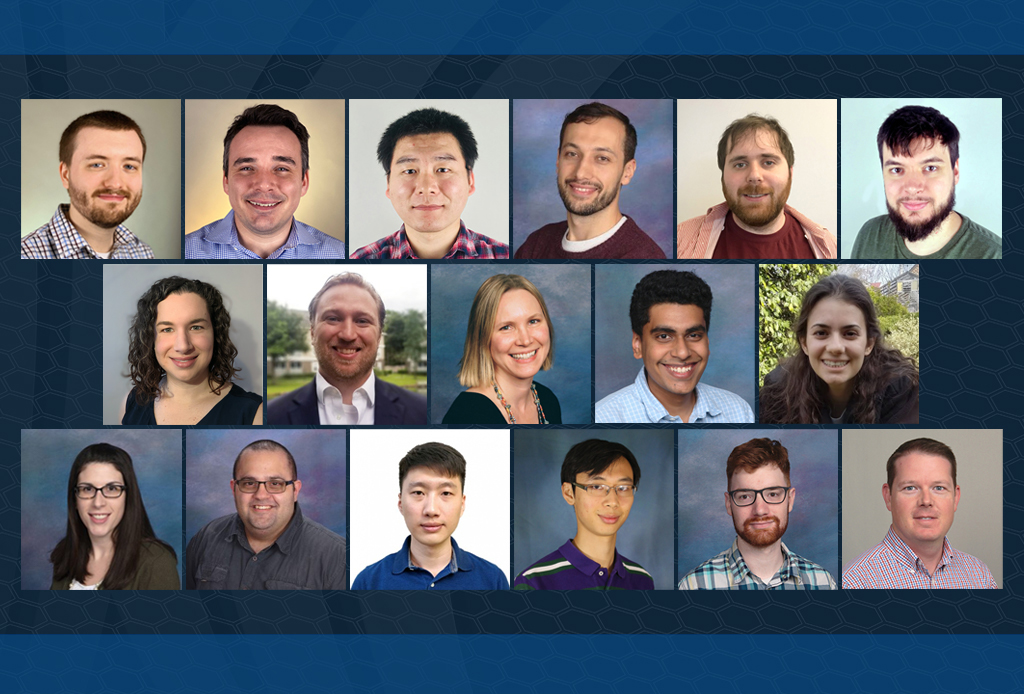 Kitware is excited to announce the first promotions of 2021. Last year was undoubtedly a difficult year, but that didn’t hold back our employees. These individuals are recognized for their outstanding performance. Even in the face of adversity, they made vital contributions to key projects and contributed to Kitware’s success. Please join us in congratulating the following Kitwareans on their promotions.

Omar joined Kitware’s Data and Analytics Team in 2015. His expertise in supercomputing workflows, Kubernetes, and cloud technologies combined with his genuine desire to help other developers, have made a large impact in the community and have contributed greatly to Kitware’s success.

Forrest joined Kitware’s Medical Computing Team in 2017. Since joining the group, he has been a lead developer of ParaView Glance and a strong contributor to the vtk.js library and several commercial projects with web application needs.

Brad joined Kitware’s Medical Computing Team in January 2020. Since joining the group, he has been leading our AI project for detecting severe traumatic brain injury (TBI).

Dženan joined Kitware’s Medical Computing Team in 2014. He has been an active member of the core ITK developer team for more than six years. He has also made significant contributions in several medical image analysis projects for both commercial and research customers.

Jon first joined Kitware as a computer vision intern in 2007. After completing his Ph.D., he returned in 2017. He has made significant contributions to the success of a number of proposals and projects. He is also very engaged in the open source software, computer vision, and AI research communities.

Christopher joined Kitware’s Computer Vision Team in 2019 and started making an impact right away. He has played a central role in multiple projects, including state-of-the-art learning and AI technology. He also has contributed to multiple proposals and collaborates closely with internal and external colleagues.

Lauren joined Kitware’s Computer Vision Team as a part-time annotator in 2017 and recently became Kitware’s first full-time annotator. She provides significant value and leadership within the annotation team and isn’t afraid to take on challenging roles.

Ameya joined Kitware’s Computer Vision Team as an intern in 2017 and then returned full-time in 2018 after completing his master’s degree. He has made significant contributions to our open source platforms and has had a substantial impact on projects in the areas of software and machine learning model development.

Patrick joined Kitware’s Scientific Computing Team as an intern in 2018. After completing his Ph.D. in 2019, he returned full-time. He has made many important contributions across a wide range of chemistry and materials projects. He has played a key role in the development of a x-ray diffraction data analysis tool.

Yohann joined Kitware’s Scientific Computing Team in 2019. He has made significant contributions to a number of projects, including VTK and ParaView. He has been working closely with our collaborators to develop hyper-tree grid support for these open source platforms.

Caitlin joined Kitware’s Scientific Computing Team in 2019. She has contributed to a number of projects, including VTK, VTK-m, ParaView, and ADIOS. She is the lead developer of the Fides toolkit which aims to bring a data model interface to ADIOS.

Kimberly joined Kitware’s Finance Team in 2016. She has played a key role in annual corporate budgeting and reforecasting, indirect rate determinations and analysis, and has taken on many special projects. She also ensures our assets policies comply with government regulations.

John joined Kitware’s HR Team in 2017. He has made significant contributions to the talent acquisition efforts across Kitware, including expanding our talent outreach efforts, working with managers to identify talent needs and candidates, and representing Kitware at numerous universities, conferences, and other events.

Kitware also has several recent Ph.D. graduates who are now eligible to start at the senior R&D engineer level.

Kitware is proud to acknowledge these talented individuals and looks forward to continuing to grow the team. If you are interested in being a part of something bigger and making a difference in the world, apply today! Visit kitware.com/careers to learn more about career opportunities at Kitware.