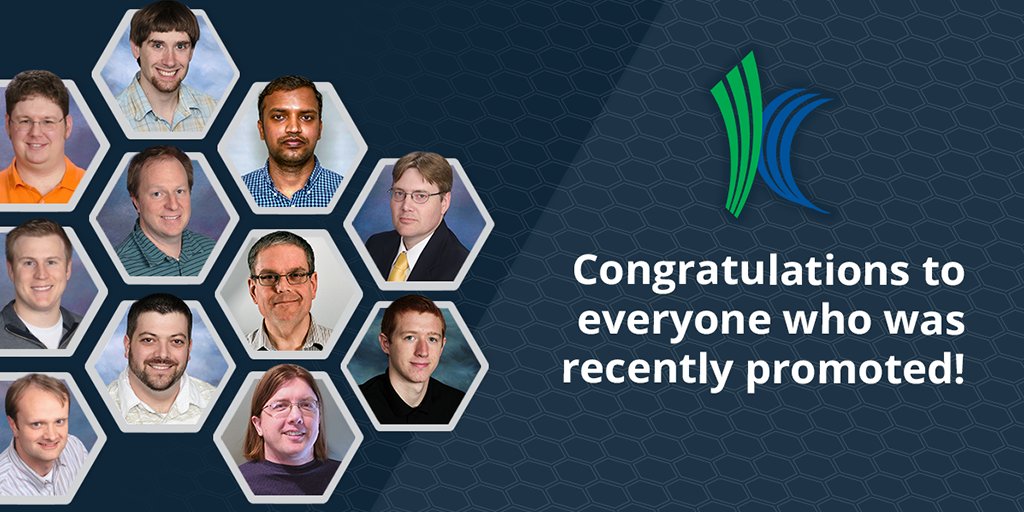 Kitware recognizes individuals with significant expertise and leadership in the areas of technical computing, state-of-the-art AI, and full-spectrum software solutions

Clifton Park, N.Y. (March 11, 2021) – Kitware is pleased to announce several promotions within the organization. Kitware is known for its technical computing, state-of-the-art AI, and full-spectrum software solutions. Twelve individuals are being recognized for their significant expertise and leadership in these areas. They have also demonstrated an ability to work effectively with those on their team and across the company, and excel in their interactions with Kitware’s collaborators.

Sreekanth Arikatla, Ph.D., has been a member of Kitware’s Medical Computing Team since 2015. He leads real-time simulation efforts with applications in virtual surgery simulators. He is a chief architect and lead developer of iMSTK, Interactive Medical Simulation Toolkit, a free and open source software toolkit for rapid prototyping of interactive multi-modal surgical simulations that is currently used in more than half a dozen projects at Kitware and our collaborators.

Chuck Atkins has contributed to Kitware very broadly, as he has been on both Kitware’s Computer Vision Team and Scientific Computing Team, the latter being where he currently works. He has taken on the roles of lead software developer, high-performance computing (HPC) systems expert, and system security expert. Chuck is a resource for all things HPC and continues to share his expertise as a mentor to others.

Jacob Becker has been on Kitware’s Computer Vision Team since 2009. In that time, he has made foundational contributions to Kitware’s core computer vision technologies such as KWIVER, Kitware’s open source video and image analysis platform. More recently, he has been leveraging his expertise in object detection and tracking. Jacob’s expertise, enthusiasm, dedication and willingness to help in any way he can has been a bedrock in the team since its very earliest days.

Ben Boeckel has been a member of Kitware’s Scientific Computing Team since 2014. Over the years his contributions have vastly improved the workflows and productivity of the entire team. Ben has been a leading force in modernizing the build, testing and deployment infrastructure for Kitware’s open-source platforms such as CMake, VTK, ParaView, and CMB. Ben is deeply committed to maintaining Kitware’s open source platforms and communities.

Aaron Bray is on Kitware’s Medical Computing Team. He was one of the chief architects and developers of the Pulse Physiology Engine that is used for comprehensive human physiology simulation. Pulse has greatly impacted the medical community since it’s applications are used to advance medical education, research, and training. Aaron also played a key role in expanding the Pulse user base with the engine now integrated into several commercial and government-funded products and programs.

Matt Brown, Ph.D., joined Kitware’s Computer Vision Team in 2016 and he immediately made high-impact, critical contributions. He has led several projects for the Army’s Night Vision Labs and the National Oceanic and Atmospheric Administration (NOAA). He continues to make high-impact contributions on Defense Advanced Research Projects Agency (DARPA) projects, including one where he is chief scientist. Matt distinguishes himself with his willingness to mentor and manage new computer vision employees and interns.

Zack Galbreath has been a member of Kitware’s Software Process Team since it was first established in 2005. He has been a vital contributor to many efforts over the years. He has also been teaching courses for Kitware’s open source platform, CMake, and leads CMake support efforts for many government and commercial customers. Zack provides an excellent customer-first approach to leading projects, ensuring customers are informed and happy with our work.

Brian Helba is a key member of Kitware’s Data and Analytics Team, mostly concentrating on projects in the medical industry. Brian is known for his meticulous attention to detail and willingness to stake out a strong position for software maintainability. He is a great mentor to interns and full-time engineers alike, and is an advocate for the customer in technical discussions.

David Manthey is on Kitware’s Data and Analytics Team. He has been instrumental in building image-based capabilities that have been foundational to Kitware’s digital pathology and microscopy projects. David has also led several funding and technical efforts to advance digital pathology, including a project to create a pediatric cancer dataset. He is quick to help efforts across Kitware, is a go-to technical resource for video and image data, and is a capable project lead with long-standing external collaborations.

After joining Kitware’s Scientific Computing Team in 2013, Cory Quammen made significant contributions to Kitware’s open source platform, ParaView. Over the years, his leadership skills became apparent as he successfully assisted in several long term projects with various Department of Energy laboratories. He took over as the ParaView release manager and streamlined the process for coordinating ParaView releases between different customers and teams within Kitware.

Jamie Snape, Ph.D., is on Kitware’s Computer Vision Team. He has recently taken on the role of project lead for a key robotics and software process customer. This role requires a high level of attention to detail and interaction, which he supplies with diligence and dedication. Jamie provides significant technical expertise and contributions as well as ably managing a team of contributors on a project scope that has grown significantly as a result of his work.

David Thompson, Ph.D., has been on Kitware’s Scientific Computing Team since 2012. He has broadly contributed to Kitware’s open source platforms, VTK and ParaView and was one of the lead developers for CMB. In addition, he is one of the main technical leads for the Aeva project, a joint scientific computing/medical effort with Cleveland Clinic. David is a valuable resource for all things geometric and continues to share his expertise as a mentor to others.

Kitware would like to congratulate everyone who has been promoted and for their efforts, which have directly contributed to the success of the company. If you’d like to be a part of the Kitware team and have the opportunity to work with these individuals, visit kitware.com/careers. You can learn more about what it’s like to work at Kitware, see the company’s open positions, and apply today.

Kitware collaborates with customers to solve the world’s most complex scientific challenges through customized software solutions. Kitware delivers innovation by focusing on advanced technical computing, state-of-the-art artificial intelligence, and full-spectrum software solutions. Since its founding in 1998, Kitware has developed a reputation for deep customer understanding and technical expertise, honest interactions, and open innovation. We are proud to be a 100% employee-owned company. For additional information, please visit kitware.com. You can also follow us on Twitter, LinkedIn, and Facebook.