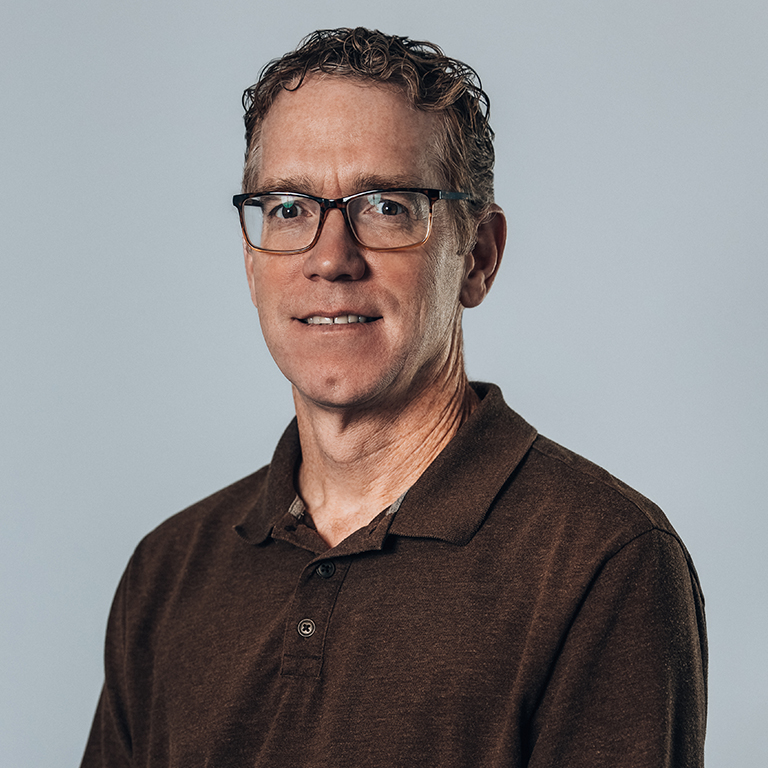 Rusty Blue, Ph.D., is a technical leader on Kitware’s Computer Vision (CV) Team located in Clifton Park, New York. He has been leading a team of developers on Kitware’s efforts across several government programs in visual content analysis, with a focus on object detection in satellite imagery. Working closely with David Stoup, Rusty leads a team that develops detection and tracking solutions for wide-area motion imagery (WAMI).

Rusty has worked extensively with the Sensors Directorate at the Air Force Research Laboratory (AFRL) in Dayton on several efforts over the past several years. A significant component of that work has been the AFRL Global Surveillance program, for which Kitware has been developing The Visual Global Intelligence and Analytics Toolkit (VIGILANT). Rusty has led the VIGILANT effort for the past several years. During this time, AFRL and Kitware have worked with a variety of government partners to deliver object detection, patch-based search, and object-based change detection capabilities on aerial and satellite imagery. Kitware’s recognized expertise has led to other related efforts, including another effort led by Rusty to do AI-based analysis of satellite and aerial imagery for bomb damage assessment of buildings.

Rusty’s earlier work as a technical leader for the CV Team leveraged his experience developing advanced visualizations in scientific and medical computing based on Kitware’s open source Visualization Toolkit (VTK). He led a team that developed visualization tools and applications for a variety of CV programs, including AFRL Sentinel Hawk, DARPA VIRAT, and DARPA PerSEAS.

During his time at GE, Rusty briefly worked with Kitware co-founders Lisa Avila, Bill Hoffman, Will Schroeder, Ken Martin, and Charles Law before they departed to start Kitware. He joined them at Kitware approximately six years later.

Get to know Rusty

What I like best is that Kitware cares about its employees, which is reflected in a variety of policies – from being paid for every hour worked to a flexible work environment and schedule to the free snacks that are provided.

It is exciting to work with very smart people who are pushing the boundaries of what can be done in the deep learning revolution that has been occurring during the last decade. I like that the work I do is important, that it makes a difference beyond improving another company’s bottom line. Working on government, generally defense-related, efforts means that the work that I’m doing helps protect our country and our allies from threats.

My wife and I fell in love with Wyoming during a vacation there in 2010 and decided to buy some land to live there in our retirement. A couple of years later we decided we didn’t want to wait to enjoy it and built a log cabin with the help of family and friends. We have been spending as much time there as possible ever since – mostly summers. In 2020 we decided to add some additional space to more comfortably accommodate the many guests we have, so we built a second log cabin, again with the help of family and friends.